What do the brush-tailed rock-wallaby and spotted-tailed quoll have in common? 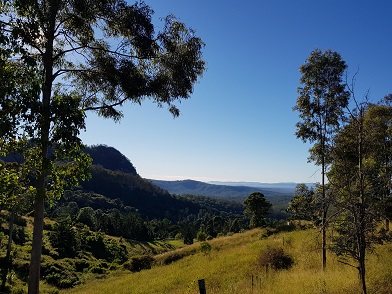 Wildlife Queensland’s projects team has been spending time in the bushland and hilltops of the Flinders-Goolman Conservation Estate and surrounding private properties, in search of two of Queensland’s threatened species – the brush-tailed rock-wallaby and spotted-tailed quoll.

It is a fortunate turn of events that our search for both species has occurred in the same area, both animals forced together by a combination of habitat requirements and ‘making use of what is left’.

Our study sites are at the southern beginning of the Flinders Peak to Karawatha Corridor, which represents the largest connected patch of native bush in the greater Brisbane region.

Habitat types are many and varied; however, the rocky outcrops and gullies have been the focus of our attention for both species. Given the name brush-tailed rock-wallaby, it stands to reason we would be focusing our efforts for this species in rocky areas, but how is this related to spotted-tailed quolls?

These carnivorous marsupials have such large home ranges and make use of any number of habitat types. A species like this needs to hide away at times (especially mothers with young), and rock crevices make for fantastic dens – dark, safe, dry and out of the elements.

So, given that the Flinders Karawatha Corridor is the largest connected patch of bush in our area and we are searching for species that utilise very similar habitat requirements, we have found ourselves working in the same spots, on two different species.

Both projects will make use of infrared camera monitoring, and we hope to see either/or of these species on our cameras. It further highlights the need for ongoing future protection of the Flinders Karawatha Corridor.

Helping the brush-tailed rock-wallaby bounce back 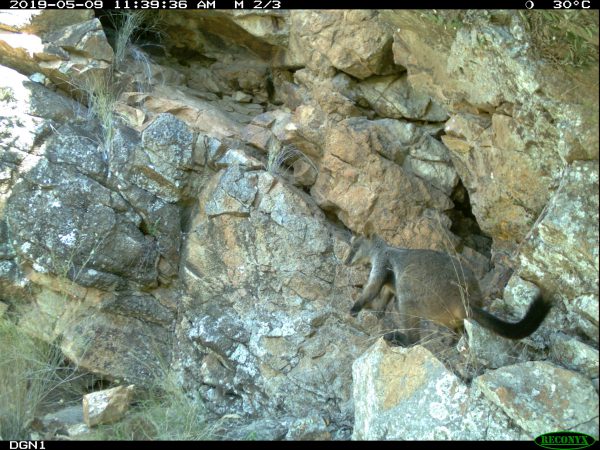 Recently, the projects team, along with ICC Environment personnel, set up a preliminary infrared camera-monitoring survey to determine current brush-tailed rock-wallaby (and other species) use of the site.

Upon collection of the camera, we were pleasantly surprised to find at least one brush-tailed rock-wallaby using the ledges and paths along the rocky cliff. Other wildlife spied on the cameras included swamp wallabies and a magpie. 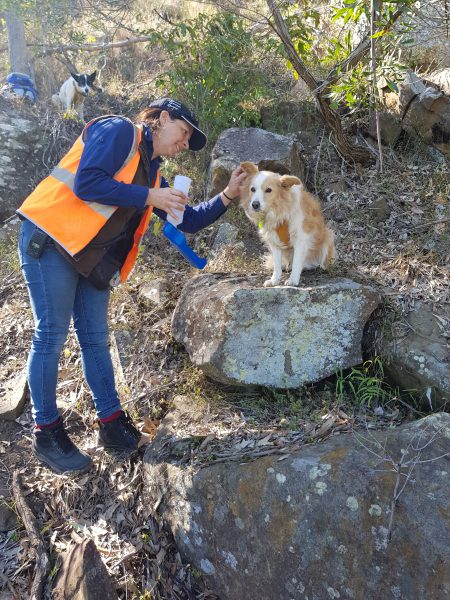 Increasing urbanisation and loss of habitat connectivity, synonymous with today’s landscapes, is a threatening process for spotted-tailed quolls. These shy little dasyurids don’t appear to cope very well with roads, dogs, foxes and major landscape changes. Their massive home ranges mean their exposure to ‘risky situations’, such as road crossing and domestic pet interactions, is magnified where human populations expand into quoll habitat.

All who participated enjoyed walking through some amazing landscapes including eucalypt woodland, dense vine thickets and cool gullies surrounded by dry rainforest tree species. Many hours were spent walking uphill and down, but all in all, it was a worthwhile experience.

A huge thanks must to go to the landholders who allowed the survey team access to their properties; it is always great to meet such welcoming people who have an interest in the wildlife inhabiting the landscape.

Did we find spotted-tailed quolls? Stay tuned for the survey results in the next WPSQ e-bulletin! 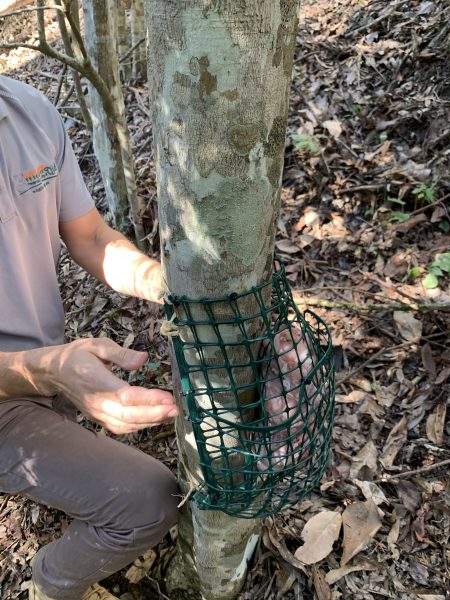 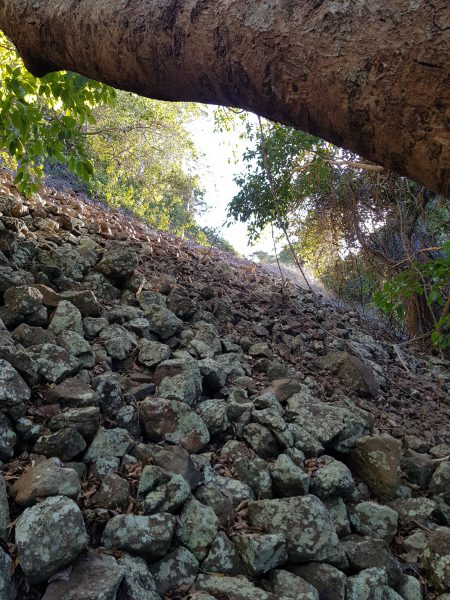 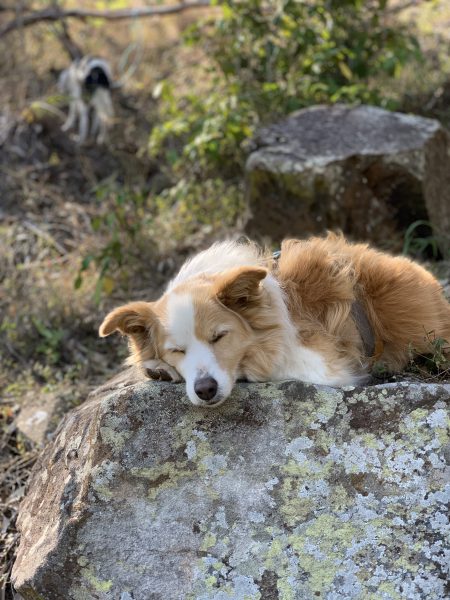 Lilly the quoll detection dog having a much-needed break,