Walking the talk on wetlands: tear up Toondah this World Wetlands Day

Marking the anniversary of the 1971 Convention on Wetlands in Ramsar, Iran – the world’s first modern treaty to ensure conservation between nations – World Wetlands Day on 2 February pays homage to the environmental significance of wetland habitats. This year, Wildlife Queensland is asking the Federal Minister for the Environment to take real action and conserve our wetlands of international significance by ‘tearing up’ the proposal to develop Toondah Harbour in Moreton Bay.

Despite efforts to stall their global decline, our planet’s wetlands are still vanishing at an alarming rate – three times faster than terrestrial forests. Already, almost 90% of the world’s wetlands are degraded. 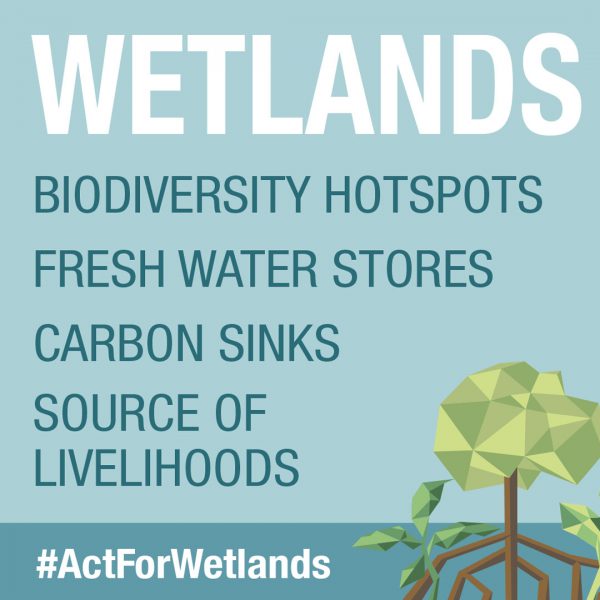 More than 8.3 million ha of Australia’s wetlands, across 66 locations, are designated Ramsar sites of international importance. Wetland ecosystems include brackish or freshwater fens, peat bogs, billabongs, mudflats, lakes, and water bodies, as well as saltwater lakes, salt marshes, mudflats, mangroves, and even some coral reefs. Mudflats and mangrove forests might lack the romance of perched lakes or billabongs, but they are crucial ecosystems that buffer land from storms, filter water, sequester carbon, and act as nurseries and rookeries for a multitude of species. Their ecological value is astonishing, yet the reclamation of wetlands for housing developments, marinas, ports, and other coastal infrastructure is being rubber-stamped – even at the expense of wetlands that meet all nine listing criteria for international importance, such as Moreton Bay.

The Walker Corporation’s proposed Toondah Harbour Development at Cleveland, which falls within the Moreton Bay Ramsar site, has already been approved by Local and State Governments and is awaiting an environmental impact statement and cultural heritage survey under the Environment Protection and Biodiversity Conservation (EPBC) Act as part of the Federal Government assessment process.

The development, which was due to start in 2017, would involve dredging parts of Moreton Bay and incursions into a Habitat Protection Zone of Moreton Bay Marine Park in order to build a 67-ha “destination” housing and entertainment precinct (17.5 ha on land and 49.5 ha on water) on wetlands that are crucial for long-haul migratory shorebirds, such as the critically endangered eastern curlew – a species whose population has plummeted by 80% over the past 30 years. 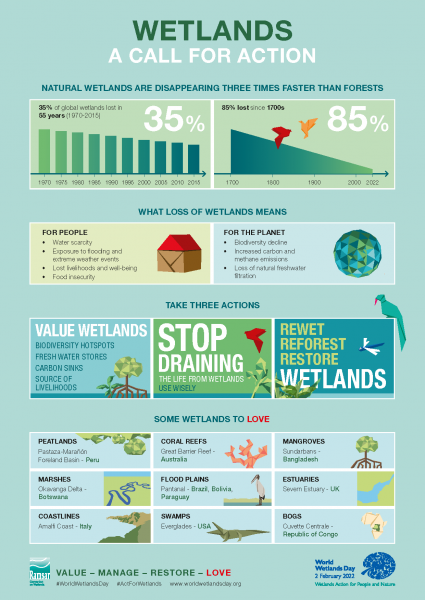 “Offset land elsewhere won’t help migratory species like the eastern curlew, which are heavily reliant on the availability of food and shelter along well-used flyways,” says Steve Homewood, Wildlife Queensland’s Bayside Branch President. “That this area of wetland was ever considered a ‘Priority Development Area’ by the State government and local Redlands Council is unfathomable. Where’s the priority for endangered wildlife and biodiversity? When Redlands City Council adopted the new slogan Redlands Coast – Naturally Wonderful in 2018, did they consider that developments such as this deprioritise naturally wonderful values in favour of an economic and entertainment hub?” asks Homewood. “This has been dragging on for 9 years, over which time, protecting wetlands and saving the eastern curlew have become ever more important, and still there’s no end in sight.”

The Walker Corporation bills the $1.3 billion development as “a rare opportunity to create a waterfront destination that will transform the face of Redlands”, but what face are they transforming, and why? Surely, there is no need to gild this lily. Moreton Bay is already a beauty spot of international acclaim, and the Bay and its islands invite millions of visitors annually to natural and cultural sites in Quandamooka Country. It is renowned for its kelp and seagrass beds, tropical marine meadows, vulnerable dugong, and cultural and historical sites and islands, including Minjerribah, Peel Island, and St Helena Island. Land immediately adjacent to the proposed Toondah Harbour development, in GJ Walter Park, is also well-known coastal koala habitat.

This year’s theme for World Wetland Day is Wetlands Action for People and Nature – a curiously anthropocentric focus while governments are proposing destroying nature in protected wetlands.

“The Prime Minister and Federal Minister for the Environment have just announced $50 million for much-needed koala conservation,” says Des Boyland, Wildlife Queensland’s Policies and Campaigns Manager. “If they’re really serious about helping koalas, conserving Ramsar wetlands and saving the eastern curlew in the bargain, the absolute best thing they could do is reject Walker Corporation’s proposal. This World Wetland Day, we’re asking Minister Ley to tear up Toondah. Scrap it for the sake of people and nature, and especially for wetlands.”

Australia should be setting an example of conservation management by protecting Moreton Bay – which is also home to dolphins and endangered sea turtles – rather than approving an unnecessary 3600 waterfront units, a hotel, conference centre, 400-berth marina and shops. Our wonderful wetlands, and the wildlife that relies on them, need governments to do more than just pay lip service to World Wetland Day; they must reject developments that would actively decrease biodiversity and destroy the vital ecosystem services these habitats offer us.

Sign the change.org petition to help persuade the Federal Minister for the Environment and the Queensland Premier that Queenslanders want a reduced footprint in wetlands of international significance, not a luxury floating city that damages natural values. #TearupToondah today!