Seeking out elusive quolls in the Mary River Catchment 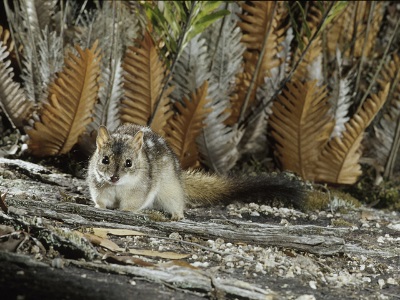 Wildlife Queensland’s Quoll Seekers Network (QSN) is on a mission to find quolls in the Mary River Catchment – and they need your help!

Historically, there have been both spotted-tailed quoll (Dasyurus maculatus) and northern quoll (Dasyurus hallucatus) known to live in native forest in the Mary River Catchment. Records of both of the carnivorous marsupial quoll types in the region exist from 30 – 35 years ago. However, there have been no recorded sightings of either type of quoll in the area since.

“We are not sure whether the local community have forgotten what these two carnivorous marsupials look like, or whether the Mary River Catchment community have only a limited understanding of just how rare both quoll species are.”

QSN wants to know if both – or either – of these species remain living within the catchment.

Both quoll species are listed as nationally endangered under the Environment Protection and Biodiversity Conservation Act 1999.

QSN has established a BioCollect project on the online Atlas of Living Australia and is seeking public input in the Mary River region.

“We’re publicising the project to encourage locals and visitors to keep an eye out for the ‘whereabouts’ of quoll species in the Mary River Catchment,” said Matt Cecil.

Based on the information that is received, QSN will undertake a series of quoll detection dog and infra-red camera surveys to search for quolls in the Mary River Catchment.

Community members can start helping by heading to the Atlas of Living Australia BioCollect page to log details of any quoll sightings in the Mary River Catchment.

As part of the quoll survey project, QSN is currently planning a quoll discovery day to be held in the Mary River Catchment. Community members will be able to come along and learn about quolls, their biology and appearance and watch a demonstration on how quoll detection dogs operate. Watch Wildlife Queensland’s What’s On Calendar for Quoll Discovery Day date/s and location/s.

Stay up-to-date with the latest QSN project information and news on the QSN webpage and QSN Facebook page.