Home 9 About Us 9 Governance 9 The Thorsborne Trust

In 1991, the Thorsborne Trust was launched to recognise a unique champion of the environment, the late Arthur Thorsborne, and to commemorate his achievements. 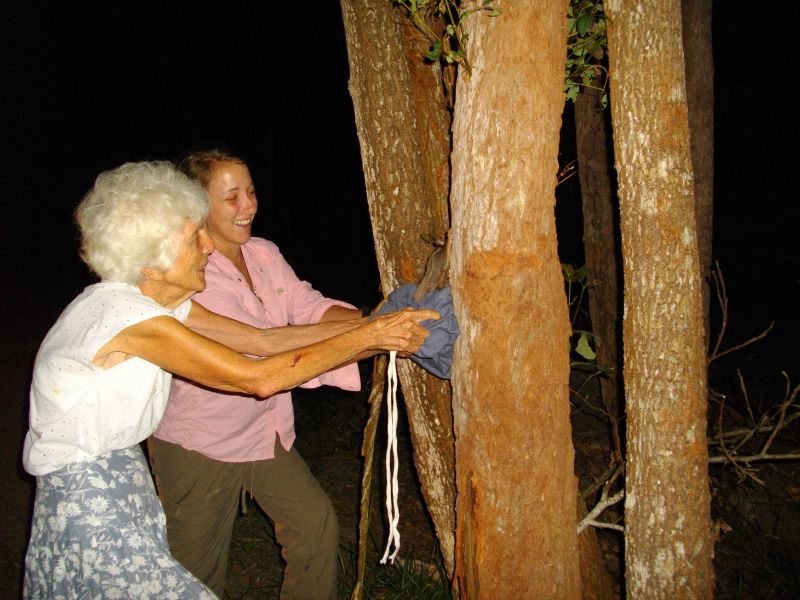 The Trust was launched by the then director of Wildlife Queensland, Adrian Jeffreys, at the Society’s northern branches get-together at Daradgee, near Innisfail, in June 1991. The following December, the Trust was publicly launched in Cardwell by the then Queensland Environment Minister, the Hon. Pat Comben.

Speaking at this event, Paul Sutton, President of the Hinchinbrook branch, likened the work of Margaret and Arthur Thorsborne to two sets of footprints travelling along a beach, sometimes joined by others: ‘In time the footprints will change as each of us leaves the procession, but the journey must go on. These Trust objectives contain the photographs of the past as their immediate focus, as well as the flexibility to grow and change with the needs of the future.’

Guided by past Wildlife Queensland patron, the late Margaret Thorsborne, the Trust has over the past 20 years, initiated and actively supported, financed and promoted a range of projects and activities, in keeping with its aims. These include the below activities.

Donations to the Thorsborne Trust can be made via Wildlife Queensland head office or online via our donation page.

The creation of this Arboretum, situated north of Cardwell on an area of degraded land at the entrance to Edmund Kennedy National Park, began in August 1992 with the support and cooperation of the then Queensland Department of Environment and Heritage.

Its primary aim was to become a resource for both pied imperial-pigeons and cassowaries.

To this end, food trees important to both species were selected for planting. More broadly, it was intended that the arboretum would ‘show the beauty and usefulness of trees which support local wildlife and to encourage widespread plantings throughout the district’ (TT newsletter 1993).

In the first year, 300 trees were planted by local residents, QDEH staff, friends and visitors of the Thorsbornes and Outward Bound participants. Taps and hoses were purchased by the Trust to aid watering in drought times.

Planting continued over the following years alongside the constant work of weeding, watering and mulching to ensure that the trees survived and flourished. While a major part of this work was carried out by Margaret herself, she had many willing helpers. The annual visits of Outward Bound groups, over a 14-year period from 1992 and 2005, were hugely important. The happy tradition of spending a day working in the arboretum at the completion of their course was enjoyed equally by Margaret and the course participants, many of whom left comments in Margaret’s visitor’s book, expressing profound gratitude and appreciation. Another group, which took time out from study for some hands-on conservation work, came from one of the Australian study programs of the US-based Arcadia University, while other friends and visitors have also helped out when passing through.

As the Arboretum matured, proof of its worth was the sight of a cassowary feeding on fallen fruit and pied-imperial pigeons, and other frugivorous birds, in the branches of its trees. After surviving many years of drought, the Arboretum was in peak condition before being struck by two severe cyclones. Cyclone Larry did considerable damage in 2006, but a positive aspect was found in its restoration. With much of the region’s banana crops destroyed, some of those who had lost their jobs in the industry found at least temporary employment helping to repair the Arboretum.

Despite this set-back, the prolonged wet seasons of 2009 and 2010 meant that the Arboretum was looking better than ever before being struck by the full force of severe category 5 Cyclone Yasi in February 2011. Following the storm, the Arboretum, like the surrounding forest, was a scene of complete devastation, with many trees completely felled and those still upright resembling broken matchsticks. In the space of a few hours, the terrible force of the winds had rendered it completely unrecognisable from what had stood there just a few hours before.

Recovery from such a disaster must inevitably be long-term, but repair and restoration began swiftly with the invaluable efforts of Neil Parker, from DERM, who travelled from Cairns on a regular basis to work in the Arboretum, with Margaret’s advice and assistance. 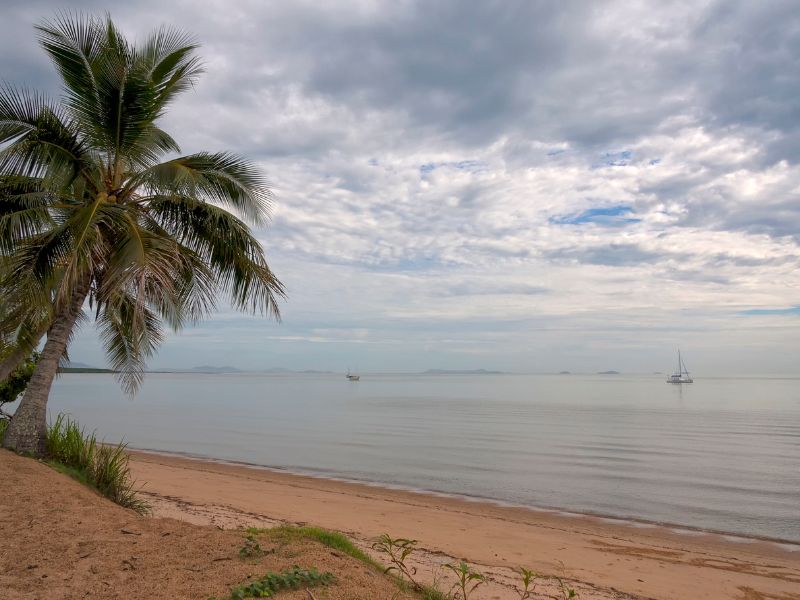 Protection of land on the western shore of Hinchinbrook Channel

In August 1997, the Trust became aware that Cardwell Properties Pty Ltd (the company responsible for the Port Hinchinbrook development) had made an application to lease an area of vacant crown land (aka unallocated state land) on the western shore of the Hinchinbrook Channel.

This land was situated south of Stoney Creek and the Port Hinchinbrook development, where Margaret had already faced the bulldozers and was known to have significant conservation values. These related particularly to the endangered mahogany glider, the rare and threatened palm Livistonia drudei, and several important vegetation communities classified as ‘at risk’, ‘vulnerable’ or ‘of concern’.

The application by Cardwell Properties was for Lots 33 and 24 on VCL38644.

In order to forestall the loss of this public land to private interests, the Trust immediately took the initiative of lodging its own application to lease VCL38644, as well as an adjacent and equally important area (VCL38632) which extended to the existing National Park boundary, and 2 small islands in the nearby Channel (VCL 38943, lots 5 and 6).

The Trust stated that its lease application was for conservation purposes only and made it clear that the application would be withdrawn if it received assurance that the State Government would manage the land for conservation. Should this be the case the Trust offered to assist with such management if required.

In the event, the Trust’s application was unsuccessful, but nonetheless the action was believed to have been an important factor in helping to keep this land in public hands and protect its conservation values. All of the above-named areas were subsequently gazetted to form part of what later became the Girramay National Park

The annual monitoring survey of the pied imperial-pigeon breeding colony on North Brook Island was begun by Margaret and Arthur Thorsborne in 1965 and was coupled with their concerted campaigns to stop the indiscriminate slaughter of the birds by local shooters and to protect the birds’ food source in the coastal woodlands of the mainland.

Each year, the Thorsbornes, sometimes accompanied by friends, continued to conduct counts on the island, carefully recording and reporting their totals.

In the 1980s, the Queensland Parks and Wildlife Service assumed responsibility for the annual surveys, for many years under the expert guidance and passionate commitment of QPWS officer Dave Green. Currently, three counts are conducted between October and December each year.

The project is one of the longest continuous wildlife monitoring surveys in Australia, and the records show an amazing success story with numbers rising from a low point of 1600 birds (following a large scale shoot in 1968) to a pre-Yasi total of between 35,000 and 47,000 birds. 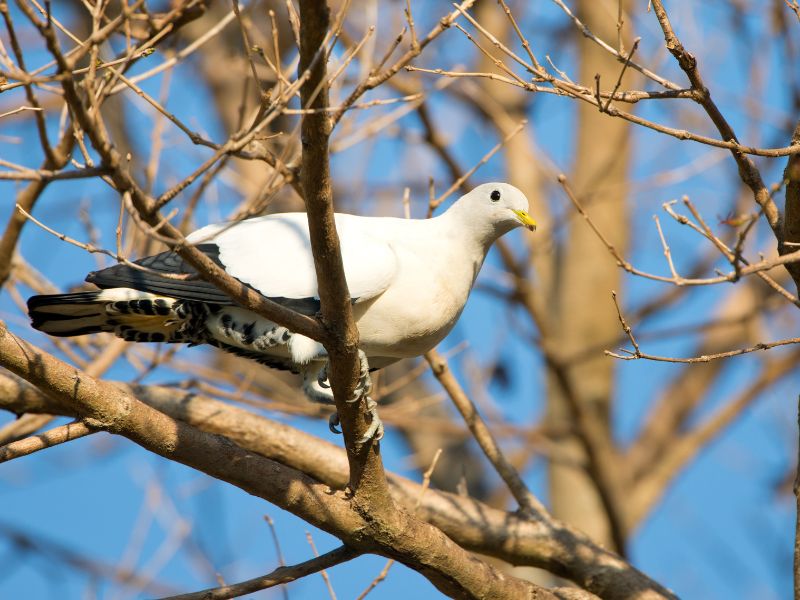 The full effects of Cyclone Yasi, which devastated the birds’ nesting habitat and their mainland food source, are still being investigated. Through the active participation of one of the trustees, John Winter, the Trust continues to support the counts and promote their importance. Seed collection and revegetation activities of the Trust further support the survival of these beautiful birds and the health of their colony.

John Winter is currently working to ensure that the counts are established on a permanent and sound scientific basis so that they will continue to provide invaluable data on these birds long into the future.

Articles for newsletters and magazines

Details of funding for publications

Details of funding for research

Details of funding for wildlife protection and care

Details of funding for habitat restoration

Details of funding for school projects 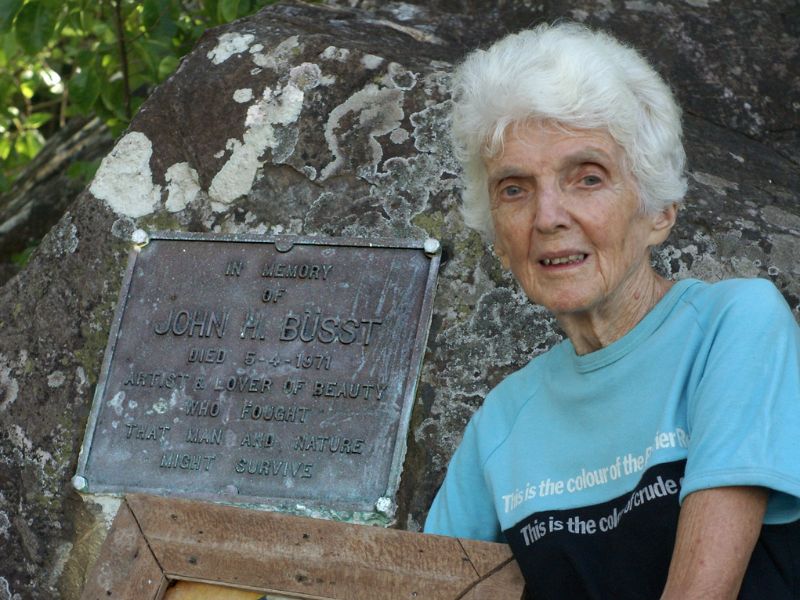 In recognition of her work, Margaret Thorsborne was made an Officer of the Order of Australia in 2011.